These are a few of my favourite cosplay outfits from London Super Comic Con which took place in March 2014 at Excel London.

Cornelius and Zira from the original (and still the best) Planet of the Apes. First shot of the day, These guys were awesome and they managed to stay in character all day.

Princess Elsa from the absolute smash hit film, Frozen. This young lady looked absolutely fantastic as Elsa and even entered the Cosplay competition held across the weekend.

Wonder Woman.! It seems that cosplayers can get something right which television execs couldn’t!  I caught this wonderful Amazonian outside the con in the sunshine.  She was a delight and was extremely happy to pose for me and again,  what a great costume!

Time for a bit of Need To Consume self promotion! No Comic-Con is complete without cosplay from the wonderful @BabsBat (Bat-Girl) and @pauljwares (Night Wing). Paul is incredibly talented and knocked up his costume in less than a week! Expect to see some interesting articles from these guys as they let you in on their secrets of how to make incredible outfits at home!

He is Iron Man!  Kenny Chan has absolutely knocked it out of the park as Marvel’s Iron Avenger. He sadly had a bit of a “costume malfunction” on the day but it didn’t detract from a painstaking details he put into this superb costume. He’s a great guy and always happy to chat and pose and pose and pose! Definitely one of the big favourites at London Super Comic Con 2014!

Harley Quinn and Poison Ivy.  There were many varied and interesting takes on Ivy and Harley at London Super Comic Con this year, but these were my personal favourites. Harley Quinn was very close to Paul Dini’s original version (complete with a huge cork gun) and Poison Ivy had personally sewn every leaf onto her costume! They were very popular on the Saturday and were more than happy to strike a pose for anyone who wanted a picture. [I would like to state that Captain Sidcup put Need To Consume’s Kia and Maria in of his own free will! I had nothing to do with it! Cheque or cash, Captain? – Duke] 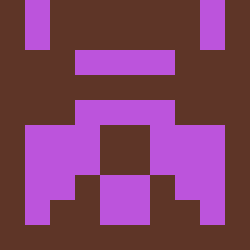