Gratuitous Space Battles 2 (GSB2) calls itself the ultimate space fleet management game, and it’s not wrong. It’s the latest release from Positech games (Cliff Harris). They’re the studio behind Democracy 3, an easy-to-manipulate political SIM that manages to scheme to assassinate, bankrupt and disrupt you behind its cool, calm infographic exterior – and I love that game. With such a pedigree for the studio and the hefty number of hours I’ve spent space battling in artificial galaxies – pushing counters and pixels (I’m looking at you Twilight Imperium, Quantum, Master of Orion 2 & Starcraft 2), Gratuitous Space Battles 2 seemed like a star-crossed mid-trilogy match. Surely this would be a blossoming imperial strikeback of an affair amidst the asteroids, not a… well, John Carter (full of good ideas that everyone else will use, for the next 25 years).

Disclaimer: I never played the original Gratuitous Space Battles, which might be what went wrong here. But I have an inkling that a more extensive campaign mode is sorely lost in this sequel.

The game, belying its title, does actually have a short mission mode, as well as its core functionality of blowing up loads of stuff in space to absolutely no end whatsoever. The mission mode is, essentially, a series of opportunities to gain new functions, quickly. Extremely quickly – within the first five or so missions you should have unlocked everything available.

Even this short progression can be abbreviated as soon as you realise that you can just smash the AI with your dreadnoughts’ tractor beams. Which rather puts the blast shields down over any potential for strategically in-depth play. There are a couple of missions that don’t allow this exploit but all in all, the entire constructed levels take less than a couple of hours to play through, at which point you really are on to the question of what to fire at until you reach the end of the universe.

The in game currency is honour points. You need honour to unlock new weapons, races and armour for your ships. At the start of each battle you are given a points limit, with each fleet you deploy costing a certain amount of honour points, and remaining points is your haul of honour points once you obilterate the opposing fleet. Making the aim; beat your opponent’s fleet in single missions with the smallest possible fleet.

Which would all be perfectly reasonable and satisfying, as a mechanic were it not that you can just chuck a couple of dreadnoughts out, reap the honour rewards and unlock the entire games upgrades within an hour or so.

60% of the time, a wall of dreadnoughts, wins every time

Luckily, Positech has a really strong community and the challenges posed by other players extends the life of the game, and offers much more thought out fleets to pit yourself against. Essentially challenges comprise of uploading your fleet to the system, and then other player downloading and fighting against it, until they win.

Having just spent far too long playing Total War: Atilla, I’d been hoping for a battle game, where micro managing of the battle in real time. However GSB2 is pretty much a set game before you go into the eponymous action. Like Football Manager, you set your entire gameplay up in advance (unlike Football Manager, you sadly miss out on a Gratuitous Space Press Conference option) and have no option to even make substitutes or half-time adjustments until the entire battle has played out, watching helplessly or with a tyrant’s vague disinterest as your fleet ploughs through the enemy or is blown to smithereens over the course of at least 2-3 minutes, even at 4x fast forward speed.

Pre-battle, you line up your fleets and specify exactly who attacks what but with very little knowledge of the (presumably, gratuitously generated) enemy, which means regardless of how well you finesse your tactics you may end up watching your ailing fleet attack a ship that has four other enemy ships sitting entirely unscathed, providing it a shield. It’s utterly infuriating there is no way to override their tactics to attack the shield ships rather than their intended target.  The tactical orders are quite varied though allowing some depth of play once you dig under the surface of the game, allowing you to focus fire on ships which are already damaged etc.

I hate to think what would have happened if Starbuck would have taken every single one of Admiral Adama’s orders so literally. Cylons, cylons everywhere. And all it goes to show is GSB2 ignores the concept of captains of ships with any initiative.

The visual battle unfolding before you are pretty great. I found myself wishing there was a simple option to survey the entire battle from afar (even the zoomed out view, required scrolling to see the entire map – which felt a bit clunky).

Although the performance on my Mac was fine, the battles themselves actually look a lot nicer once you take some of the additional effects off. Asteroids and nebulas in particular can occlude view – yet offer no danger to your ships.

The post battle summary is useful if you did get smashed by the enemy fleet to see which weapons were most effective so you can reconfigure ships if necessary. (Just build more dreadnoughts).

The weapon and system upgrades are basically negligible, which is odd given gratuitous space battling would seem to lend itself to gratuitous, unnecessarily huge space guns. You end up fiddling about with the different missile and laser types, trying to balance out your ships speed, power and getting enough crew on board.

WHERE ARE THE EXPLOSIONS ALREADY?

Perhaps if the differences that upgrades and races made were weighted more heavily during the battles, this designing phase would have a little more purpose for me personally.

But you CAN customise everything on your Dreadcruisers

GSB2 is best represented as ‘Pimp my Dreadnought’. I imagine space Xzibit would have an absolute field day here.  – although why there is no option to add a staff canteen/brewery or a transdimensional sound system I have no idea. I imagined a pirouetting Cat from Red Dwarf hollering “How am I looking? I’m looking nice!” whilst saving each ship design.

I mean, it is fantastic that you can customise everything about your ships. From the weapon and power units, to the lurid MS Paint spray job of every, single, element. Entirely seriously though, this is a nice touch- since the game relies on long periods of totally non-interactive watching, being able to style your fleet pleasingly is an essential feature.

Although that does depend on if you are into building and riffling through the minutia. To me, the differences between the races and module upgrades didn’t make a significant enough impact on gameplay to worry about spending too much time with and unless you consider customisation a part of game play, it seemed more an irritating admin function to adapt what I was seeing than an entertainment bonus.

All this customisation is good, since once you’re out of the necessarily fairly utilitarian tactics screen, that’s all you’re going to watch with no way to intervene.

With that said, it doesn’t reach Faster Than Light levels of ship personnel management, ensuring the crew are in the right place at the right time – as it has no bearing at all if you place the crew compartments in the engines.

In this spirit and to show off the creativity of the users, mods are available to create and play free and you can show off your styled fleet online and you can share them to Steam workshop.

It seems absurd to complain about the lack of story in a game called Gratuitous Space Battles but the campaign missions end so abruptly and that it doesn’t feel that much like battling – without the ability to evolve and adapt your tactics, in a continuous flow, it’s more like Gratuitous Spaceship Gambling.

If you’re looking for an immersive, real time space strategy game this really isn’t for you. Get your hands on Total War:Attila or stick with Starcraft 2.

But, If you’re into building and customising individual ships modules, design and fiddling about with their micro tactics, this is the space battle admin game for you, Commander. With the support of the strong community challenges and mods there is likely to be more playability in more competitive and surprising challenges coming along soon.

TL;DR:- Buy GSB2, build a wall of dreadnoughts (spend 4 hours designing them) and then blow everything to smithereens 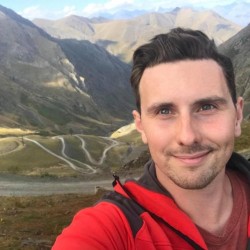 Latest posts by Charlie Southwell (see all)
Share with your fellow Consumers!