So here you are setting the game up for some new players. You’ll be laying out some cards with pictures on them and saying “Right, these are the potential murder weapons, these eight little cards here. These bigger cards have pictures of the locations the murder might have happened in and these ones? These are the suspects.”

“Oh so it’s like Cluedo?” asks Tim with some excitement, because for some reason he likes Cluedo, and you laugh. “No mate. No, it’s not like bloody Cluedo. This is actually good.”

And it IS actually good. It’s bloody good. Every player except one is going to get a copy of one each of those three things assigned to them. A murder weapon, a location and a person. It’ll be their job to figure out what cards have been assigned to them- and thematically this is about who was actually at the mansion, what they had on them and where they were.

How do the players do this though? How are they going to figure out who the murderer is? Rolling dice? Moving little pawns around a mansion accusing each other at random until someone eventually stumbles upon the answer by mostly chance? Again, it’s not bloody Cluedo. No, it’s all about the other player. It’s all about the ghost.

One player gets to be the ghost of the person who’s been murdered. Actually it says in the rulebook I downloaded that the ghost has been wrongfully accused of murder but come on- they’re a ghost! Murdered, I say. Anyway the ghost isn’t allowed to talk. Or make any noise at all. They’re not even allowed to look at the other players really unless they give something away and they’re also not allowed to get angry or start giggling like a tit at their lack of decent options.

You see all this poor idiot has to communicate to the other players what the hell is going on is a big stack of cards that have weird surreal images on them. (Have you heard of Dixit? They look like the sort of mad cards you get in Dixit. If you haven’t -they’re a stack of cards with mad pictures on them. Things like a rat in a top hat visiting a market in what looks like Venice or people up ladders painting the night sky white.)

They have a hand of six of these weird images and can pass as many as those as they like to one investigator at a time before drawing back up to six. Thematically this is a dream the investigator is having that night. The ghost can communicate to you in your dreams. Like Freddy Krueger.
Unlike Freddy Krueger the ghost is not trying to kill you. He’s trying to make you guess which of the cards to put your little wooden marker on.

Now sometimes this can be easy. Imagine the possible murder weapons are a switch-blade, a spider, a candlestick, a bottle of poison, a cricket bat and an alarm clock. You’re then passed a few cards that look like these:

And you confidently put your little marker on the spider. Then at the end of the round the ghost flips over the spider and you feel proud. You did it.

Now you get to move on to the location (and laugh at Tim who got his murder weapon wrong and is still stuck on that).

The locations are more difficult than the weapons because there all sorts of objects and details to them. There’s the room with the big fish above the fireplace or the shed with the toy race car and the big laurel wreath in it. So the day counter moves on, you’re on day two.

And then the ghost passes you this.

This one card. This utter nonsense.
And you look at that and you say “What the hell is this? What the hell? I don’t know what that means.”

“No, it’s the plants. They’re plants. Are there any locations with plants?”

And the ghost is just furious. Because they look a bit like books don’t they? Those squares? They do a bit. It’s the library. And anyway it’s better than the other five cards they had to choose from. Honestly it was the best of a bad bunch. The day counter moves on another day. There’s only six days to do this in if you want to get to the final stage of the game. This time though. This time they’ll get it.
Fantastic! This card has books on it! One of them actually said “If the next card has books on it, I’ll go with the library” Surely they’ll get it this time. The ghost hands it straight over.

“A paper plane? Toys! It’s the nursery!”
“No, look at the first card the ghost gave you. It’s clearly the gazebo thing!”

Then if you manage to figure out the locations you move onto the suspects, who are also tough. Some of them are like the chef, you know what they’re about. Big white hat, cooks food.

Then you’ve got the guy with the weird haircut and switchblade who I’ve heard people call a barber, a thief, a murderer or a “Switchblade guy”. I don’t know what he is. I reckon he did it though.

Now if everyone manages to figure out what was in front of them (The process of elimination helps a bit with this) the ghost then shuffles the suspects, picks one at random and then has to communicate who the real killer is, again just using the surreal cards. Everyone decides together who they think it is and then the game is over and the ghost can finally start shouting at you.

“It was books you bloody moron! BOOKS! Have you never seen books before?”

“Well what was that supposed to be?”

“I don’t know, I thought maybe the rat tail looked a bit like the thing that’s attached to… look, you try being the bloody ghost.  It’s not as easy as it looks.”

That’s it! I’ve explained the game. Doesn’t it sound like a laugh? It is. Sounds fun being the ghost, right? Go on then, you be the ghost this time. Lisa wants a go being the ghost? Yeah, we’ve got time for another game, I don’t need to sleep. Let’s play Mysterium forever and ever and…

Hang on though- won’t it start becoming obvious which cards relate to which items? Won’t we just think “Oh the wolf on the mountain means switchblade” after a while?

Here’s why- every time you play it there’s a different set of murder weapons, locations and suspects out. There’s way more cards for those things than you use in the game so the things it could be change all the time. Suddenly you get that card that you know for sure means spider and there’s no bloody spider there. The ghost also only ever has six cards to choose from. Sure there’s a rule where they can discard them every so often if none of them fit but they can only do that three times on normal difficulty. So cards you’re sure mean one thing are going to come at you meaning something completely different. Also different people playing as the ghost will think the cards mean different things. Some ghosts will base things off colours, some off the shapes of things, some off rhyming or any number of stupid things that you can get angry at them about later.

It’s also the sort of game that most people will be up for playing. Takes a bit over half an hour, it’s easy enough to explain and even if you lose it’s fun because then you get to shout at a ghost.

Currently you can’t buy this game in English. That’s not a problem- you can download an English translation of the rules and play the Polish version. There’s so little text in the game that you’ll forget it’s not in English within seconds. However there IS an English print of the game coming out and it’s basically going to be the same with slightly different pictures for the locations and people. So if you want to wait for some reason then wait. Just you wait. Everyone else get the Polish version and get involved.

Is there any reason you shouldn’t buy and play Mysterium? Maybe. If you absolutely refuse to play co-operative board games then you might not be on board, although because everyone’s trying to figure out the thing assigned to them it’s not entirely co-op. Even though you’re free to discuss things that decision of which thing to put your little marker on is entirely yours and you can guarantee that people will be feeling smug as anything when they manage to guess all their stuff and you’re still trying to figure out the murder weapon.

So that’s Mysterium, a game that you should be playing. I’d give you a link to buy it but there’s probably rules against that so just put Tajemincze Domostwo into a search engine and chuck some cash at your nearest board game providing website.

Right, who wants to be the ghost next? 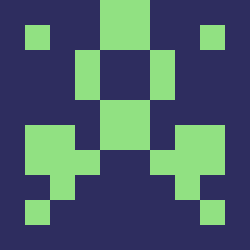