Daredevil On Netflix: An Action Masterpiece?

**Spoilers** This article examines the action of the entire series, so don’t read until after you have watched it.

So, last week saw the arrival of Daredevil on Netflix, and wow. I have never been much of a Daredevil fan before, happy for my knowledge to be limited to crossovers, but this series blew me away. First things first, this article is going to contain spoilers, so if you haven’t seen Daredevil on Netflix yet, don’t read this. Also, go watch it. The series brings a whole new feel to Marvel’s cinematic universe, and definitely brings the dark feel and thrill of the comics with it.

One of the first things I noticed was how good the martial arts were. The whole show had a very gritty feel, and this was due, in part, to the fast paced fighting style used. The best way to describe it is The Dark Knight meets Jason Bourne. There were a lot of homages to Frank Miller and Alan Moore, even a little Tarantino at times (with the horrifyingly cringey spike head-butt), and the show definitely took tips, especially with the interrogation style. One thing was for certain; they didn’t shy away from violence. You could really feel the anger come through during the interrogation scenes, and I loved how human it felt. All the MCU has, while acknowledging the toll of its violence, still kept it at arms length, but here, the its felt a lot more. Alex Abad-Santos called it a “meditation on violence”, and it is, both in plot points, with the rebuilding of Hell’s Kitchen after the battle of New York, and in the action. With all the focus on the Extra-Super-Heroes, you never really see one of them winded, or peeling themselves up of the floor. Well no longer. The physical toll the acrobatic and high paced fight style employed by Murdock is shown, with him sucking wind, bleeding out and struggling to stand near constantly, and this helps to bring home just how human he is.

The first action scene really sets the tone, with Daredevil taking out multiple assailants in rapid succession. While his usual weapon of choice, his billy clubs, aren’t used till much later in the series, there is a nice nod to them with the thrown stick taser. But the scene I really want to talk about first is the fight in the rain. Having given us a small taste, this is the first full fight, and it is breath taking. Daredevil has always had a very acrobatic style, but here they really accentuate the origins of his fighting. The most obvious influence is shown by how much this fight reminded me of the Bourne vs. Desh fight in The Bourne Ultimatum. Both are an excellent showcase of Jeet Kune Do, the prominent philosophy of which is to close on your enemy almost constantly, only stepping backwards to retrieve a weapon. This style was created by Bruce Lee as a sum total of his extensive experience of different martial arts, and Daredevil heavily uses the Wing Chun roots here, utilising quick blows in rapid succession, and favouring wrist-locks and redirection over arm-bars, holds, or heavy blocks. Wing Chun, created by Bruce Lee’s original teacher Ip Man, is all about using your opponent’s strength against them, which Murdock does, bouncing off walls, and avoiding knife strikes. What gives an interesting juxtaposition in this scene is the offensive, fast-paced style of Jeet Kune Do, and how they show the fighters tiring. Both fighters are clearly struggling to stand at points, but throw themselves back into the fight as soon as they are challenged. This theme is one that is sustained throughout the series, and helps bring home the message of just how much Murdock is risking, that it really is life and death constantly.

The second episode started just as dark, and brought this point home even more. There was very little action for most of the episode. And then there was. And it was amazing. In a full 5-minute fight, done in a single shot, down a hallway, across 3 rooms, Murdock takes on an entire gang of kidnappers in the grittiest piece of action ever to come out of the MCU. Reminiscent of the hallway fight in Old Boy, which is one of the most iconic pieces of action cinematography ever, this scene was an epic thrill-ride. With incredible use of camerawork, with blows being traded over the camera at times, the fight travels from room to room.

Here, we see the traditional boxing style come through, Murdock ducking and weaving around his multiple opponents, with a little Krav Maga thrown in to deal with weapons and kicks. The scene is choreographed beautifully, with the fight disappearing briefly into side rooms, and then exploding back into the hall, quite literally. I wonder how many doors they went through trying to shoot this scene! Again we see the physical toll the action takes, with Daredevil in pretty bad shape going into the fight, he has to crawl up of the floor on several occasions. This shot is definitely one that will be remembered, as it’s a masterpiece of action. The clever use of the fighters disappearing forces the viewer to invest emotionally in an outcome, with the clear choice being the battered and bloody underdog. It also allowed clever switches between Charlie Cox and his stunt double.

There are 2 more fights I want to talk about. The first is the fight with Stick in Matt’s apartment. Murdock’s style changes over the course of the fight, initially lashing out in rage using mostly boxing, with a high front guard. When this is easily avoided by Stick, and having taken a few hefty blows, he switches it up to match Stick’s own style, a lot more Wing Chun/Kung Fu, lots of close quarters striking, with grabs and throws. Finally, picking up a billy club (which he loses to Stick pretty rapidly, admittedly) he adopts his signature Daredevil style, with strikes being a combination of boxing and Wing Chun, plus a lot of acrobatics. In a Drunk-Master-esque way, he combines his styles to produce one with a little of everything, overwhelming Stick.

Happy Birthday to the ground!

While this fight is relatively short, it’s also an exploration of how Murdock learned to fight, and that’s one of the things that this series did really well. The action sequences aren’t just there for spectacle. They actually tend to be very short, thanks to the fast pace, and while they are fun to watch, each one has specific things to contribute to the series. The episode 2 hallway fight shows his selflessness and determination to save the city, despite the toll it may take on him, with the child being a pretty obvious metaphor for hells kitchen, and the literal gang representing the mob as a whole. Fighting Stick, we see the origins of his vendetta, his rage at those who would harm the innocent, and the origins of his fighting, his fathers boxing. We then see them refined from external influences and experience, and ultimately combined to allow him to overcome. The most obvious example of this is the fight against Nobu.

This fight really felt like a comic. Between the staging, the crazy acrobatics, and the slow-mo shots, it had a very Zack Snyder feel to it, and you could clearly pick out where the panels would be were it told in comic form. But they still managed to keep it gritty and real too. Most of all though, you can feel the character in it. Daredevil is finally using his billy clubs, and you can see the rage he throws into the fight. Which is probably why Stick would say he gets his ass handed to him a fair bit. They don’t try and hide how this fight represents the story, but instead use it, with it being spread out across the entire episode, interspersed between exposition and plot, and it works really well. I would love to see a supercut of the whole fight though.

All in all, the action in the series was incredible, both in terms of martial arts, choreography, and cinematography. I loved this series, and really hope we see more of this style in the other series’ Netflix is making for Marvel. 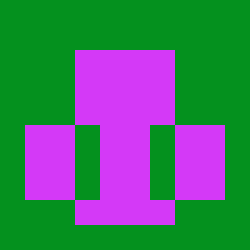