And Then Emily Was Gone #1 – Comic Review

And Then Emily was Gone is the first monthly series from indie publisher Comixtribe, and it’s a hell of a debut. Shorter, uncoloured versions of the story made a big splash at recent conventions, and the first issue boasts some serious cred with a variant by Drumhellar’s Riley Rossimo.

First off, this isn’t a series for everyone. Horror comics are often divisive, but the brutal and often grotesque art style is sure to put off those who like their heroes without dirt under their fingernails. Greg Hellinger isn’t a chiseled wisecracker, he’s a man who’s life has crumbled, and the sparse colours used throughout reflect the bleakness of this tale. It’s a great hook, the search for a missing girl, taken by something that might not exist, hunted for by a man who sees things that might not be there. At five issues, it’s a short run, but if it can keep up the grimy and tense atmosphere, it might well become one of the best horror series in recent memory. If you’re looking for horror with a sense of real menace, And Then Emily Was Gone is a damn fine place to find it. 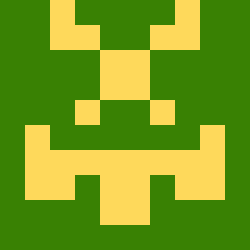 Latest posts by Edward DeWitt (see all)
Share with your fellow Consumers!