By the mid-90s movies based on superheroes were in a challenging place. Superman was long gone, being resurrected as a soapy TV series, the failed Captain America movie had put any thoughts of a Marvel franchise on hold and the Batman series was on the downward slope following Tim Burton’s late 80’s resurrection of the character.

So, the release of The Shadow, written by David Koepp and directed by Russell Mulchay (the man behind Highlander, Ozploitation favourite Razorback and, strangely, Derek and Clive Get The Horn) came at an interesting time.

The character was really precursor to Batman and came from radio serials and ‘pulp’ novels of the early to mid-1930s. The Shadow is, by day, wealthy man about town Lamont Cranston who, here, spent a number of years after the First World War in the Far East first as an opium baron and then training his innate talent at hypnotism, or “clouding men’s’ minds” as it is described here.

From there the movie sees him return to New York to face off with the last remaining descendent of Ghengis Kahn who is intent on either taking over the world or blowing up the city… looking for much more sense in the plot would be a mistake.

That said the film is great fun, if you leave common sense at the door and engage the part of the brain that likes cheesy fun.

Alec Baldwin takes the film’s central role as Cranston/The Shadow and delivers a performance based on the finest croque monsieur with every line delivered as a mysterious whisper. So, if the story, cinematography and lighting didn’t hint at the character’s secretive nature, the point is really rammed home with all the subtlety of a sledgehammer. But, this fits with the tone of the film excellently.

Margot Lane, Cranston’s love interest/sidekick, is played by Penelope Anne Miller and spends most of the movie getting into various scrapes while wearing a range of extravagant dresses. There is though a nod to this being the 90s where she rescues our hero in the nick of time, but this feels very token compared to her general damsel in distress nature of the character.

A strange bit of casting sees Ian McKellen as Margot Lane’s bumbling scientist father and to say its far from his current highs would be an understatement, while Tim Curry is suitably sleazy as McKellen’s assistant-cum-Kahn’s American right hand man.

The film itself is a mixed bag of ideas thrown at the screen with some being hits and others misses, and Mulchay continues to demonstrate his love of exploding glass in the climax that echoes the end of Highlander. Along with this we do see Mulchay’s innate sense of visual style come to the fore as the film is packed with splash page moments.

A notable aspect of The Shadow are its special effects. While at times clunky it does have some surprisingly good computer animation mixed in which, for a lower budget film of this period, is surprising and enhances the sense of the magic used by the lead hero and villain very well.

Much like the set pieces and plot the tone of the movie is all over the place as it at once tries to evoke Burton’s Batman while having a lighter side and also sticking firmly to the 30s pulpy, noir-ish, feel.

So we have a hero who seems happy to if not out right kill, then certainly seriously maim anyone who gets in his way while also being something of a savior of the city, all with Cranston having a streak of surprisingly off beat humour and innuendo. Possibly this is an attempt to demonstrate the duality of the character implied throughout the film, but if so it doesn’t quite work.

All this said, on paper it may not sound like a great movie, but when watched as a slice of fun, pulpy minor-league action adventure fare, there’s a lot to enjoy and, being from the mid-90s, my formative cinema years, The Shadow is always going to have a nostalgic place in my personal cinema history.

Looking quickly at the new blu-ray release from MediumRare Entertainment, the picture transfer is suitably hit and miss though is probably the best looking version of the movie available.

Meanwhile the 23-minute retrospective has some interesting input from some members of the cast crew (Koepp, Mulcahy, Baldwin and Miller are all present) but ends up mostly being a series of mutual backslapping talking heads, which is a bit strange for a movie that, while not a flop, was far from a blockbuster.

Read more of Tom’s reviews on a range of subjects on his own site. 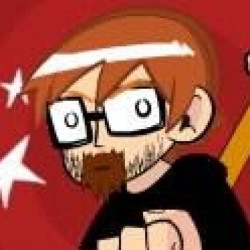 Latest posts by Tom Girard (see all)
Share with your fellow Consumers!