Volume is the second game from Mike Bithell (of Thomas Was Alone fame), and follows the reimagined story of Robin Hood; set in 2044, in a dystopian Cyberpunk world where Rob Locksley attempts to give to the poor of the future – by livestreaming simulations of how to rob the homes and businesses of the rich and famous. Which, as far as game pitches go, is pretty neat.

At the heart of the concept is ALAN, a training simulator stolen from the Big Bad, Guy Gisborne, and created by Artificial Life Solutions of Thomas Was Alone. The AI/VR Training Simulation is voiced by the excellent Danny Wallace, a witty, charming character in itself, who has got to be up there with GLaDOS in my video game AI voice performances. Guy Gisborne is portrayed by none other than Andy Freakin’ Serkis, and chimes in every so often to comment on your actions, and infractions.

Unfortunately the cast excitement stops with Protagonist Rob (Online Moniker, Locksley) Rob is voiced by first time VA Charlie McDonnell, of the internet. Compared to Danny Wallace’s lively, witty delivery – who’s playing an AI, a computer – Rob’s lines are by far the most robotic. There’s a boredom to his voice, not through characterisation, but through lack of voice acting chops, and I struggle to really care for the character. While Wallace and Serkis provide their characters their character, McDonnell sounds like he’s reading straight from the script.

As Rob’s viewership and following grows throughout the game, so must his notoriety and the impact on the elite with it. You’d be right to think this would serve as an interesting form of character progression, yet he remains apathetic. Blasé. Curiously detached from the whole affair. Seeing as the game is about essentially streaming on Twitch, picking a youtuber made sense as a casting choice; however, this isn’t a gaming youtuber, or a livestreamer, which would have probably made more sense – Locksley rarely engages with his audience, which is pretty much streaming suicide. Compared to Serkis’ breadth of experience and Wallace’s energy and talent, Charlie McDonnell just doesn’t compare, and for the protagonist, that’s a pretty huge problem.

The cynic in me also feels like this is a game primarily designed to appeal to streamers, from the message at the start of the game urging you to stream it, to the core concept that a streamer can save the world and be the hero, all from his mum’s house, which seems to be a bit of an ego-stroking power fantasy situation.

Following a very brief intro cutscene, the game jumps back three hours, and immediately sets off introducing you to the format of the game with traditional 90s stealth gameplay, taking notes from classic Metal Gear – guards with visible cones of vision, alert notifications and so on, coupled with a bit of Pac Man, maze-like environments you navigate through to chomp on dots. Well, “gems”. The game pokes a little fun at itself the first time you see these, as ALAN’s notes say realistically displaying priceless valuables take too much time and resources to render in the simulation, so these gems will have to do. I do feel that maybe having the tutorial levels being where Locksley actually steals ALAN could have served as a more interesting set of levels and actually eased some of the plot in, rather than having it served through almost endless dialogue-based exposition throughout the tutorial missions.

The minimalist aesthetic on display for the simulations not only makes narrative sense, but also a gameplay one – that is, functionality over looks – nothing too flashy is needed, every visual serves a purpose. Game design at its finest. There’s an almost Mirror’s Edge quality to the visual design, simplistic environments, and a minimal pallete of whites and warmer colours, reds, greens and oranges. Pretty gorgeous, and an absolute charm to navigate.

A 30×30 metre square is the basic map size, a virtual reality environment where various training scenarios, then, later, the heist locations, are rendered for you to sneak around, hide in and loot. Once all the gems have been collected in an area, the exit is opened, and you’re good to go. Through a fairly short section of time, new gameplay elements such as the Bugle and Oddities – devices intended to distract guards and disrupt their patrol patterns for your own advantage are introduced swiftly, yet gracefully, easily allowing you to pick up the game’s tools and tactics in no time at all, in an easily swallowed, organic way. All the items and tools at Rob’s disposal are valuable throughout the entire game – unlike some of even my favourite series, where awesome items are only introduced and ultimately useful for one particular temple, then used much less frequently from then on. I’m looking at you, Ocarina of Time.

Difficulty progression is a nice curve, nothing too immediately difficult thrown your way, and extra gadgets such as the bugle and oddities (tools to distract and disrupt guards) are introduced actually rather quickly, but you learn to use them efficiently quite naturally. Most of the challenge is the usual guard patterns, and avoiding/disrupting those to your advantage, yet, unfortunately, there’s no flexibility to most of the levels – there’s a set way to go about things, in no particular order, but it’s less of you working out how to overcome obstacles yourself, and more you working out how the game wants you to overcome them, which is a quiet shame. Upon realising this, the sense of achievement for making your way around a particularly troublesome pack of pawns or archers feels a little underwhelming. However, true problem solving in video games is a rare thing, even classic stealth games such as the Splinter Cell and Hitman series were simply coded solutions to challenges, though the amount of options you had within these games definitely added to the sense of accomplishment when you completed objectives.

There’s a neat time attack feature to the game, too, which prompts competitive, speedrun play – and frustrates you that little bit more if you mistime movements and must wait out a guard patrol, but also makes certain sections of the game’s dialogue or plot get cut short when you prioritise speed over plot. Some missions can easily be smashed through in thirty seconds or less, and the narration gets cut off as you instinctively bolt for the finish to beat a world record and wipe the smile off some gits’ face.

While playing through the story of Rob Locksley’s Thief Training Simulator, a few major parts of the futuristic version of Rob’s method of stealing from the rich to give to the poor do fall apart – one, there’s no checkpoints in real life, so any bungling idiot will be shot in the face on failure by guards. As the game implies, Rob becomes more and more popular over the 100 levels of sneaking and thieving, then surely more than one person at a time will attempt his heists – to the point where there’s either going to be massacres of would-be thieves as a group turns up only to be noticed and shot, or stealth can go out of the window as a horde of now-sort-of-informed thieves can simply bumrush the buildings and mob the guards with overwhelming numbers. This doesn’t even take into account breaking into the buildings, or safes, or security deposit boxes must be done to actually retrieve real life wealth, which Locksley neglects to teach anybody.

Maybe I’m just thinking about this far too much, but really, the whole plot falls apart the second you open it up to reason. Around act two the plot devolves a little from the traditional Robin good, Gisborne bad formula, but so as to avoid spoilers, I’ll leave that to you to discover over the 100 entertaining levels, and those created by other players available to download. You can also create challenges yourself in the built-in, and pretty robust level designer for many hours more entertainment. Volume is developed with more complexity than Bithell’s previous outing, but still maintains an appreciation of simplicity in design, providing a refreshing take on the currently neglected  genre. 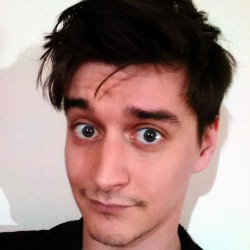